Comic Con is essentially this: a sprawling exhibit hall filled with a gaggle of fantasy and sci-fi celebrities, cool comic book artists showing their skills, and wily merchants selling comic books and scraps of pop culture. While downstairs a bunch of nifty discussion panels are held (let's talk about zombies!). But what's best about Comic Con is watching the attendees, especially those who dress like their favorite comic book characters. Like these guys: 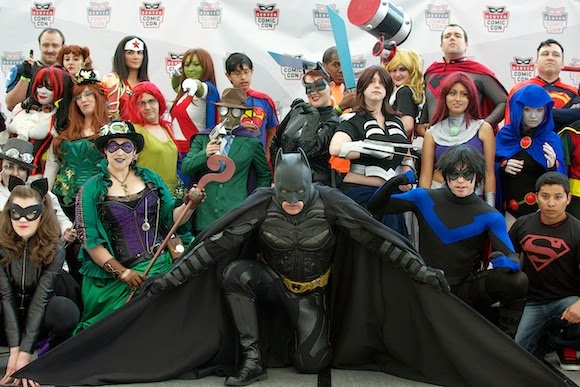 Hey you on the lower right: a t-shirt is not a costume!
Or how about these X-Men and Women: 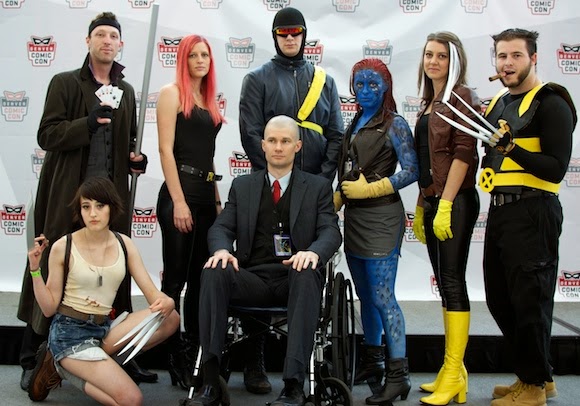 I always seem to find one of my favorite Neil Gaiman characters from the Sandman series. This year I found two: 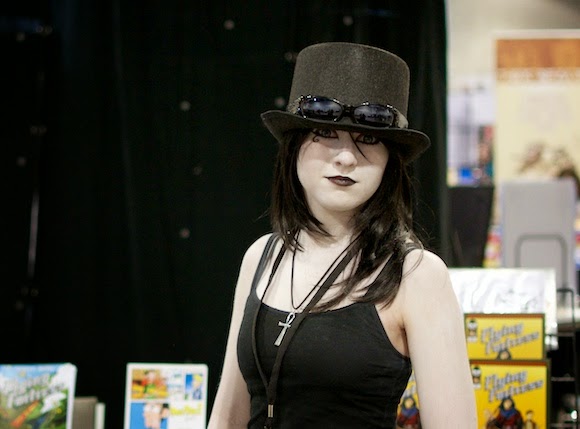 ...and, uh, Death, presumably checking on the living dead. And it wouldn't be a proper Comic Con without an appearance by the groovy Cumberbatch... 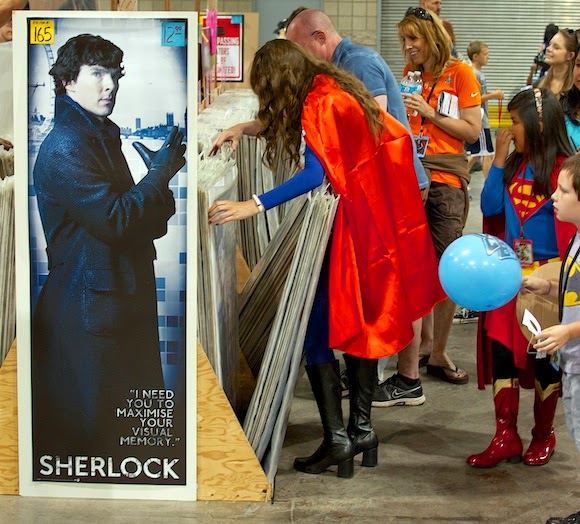 Benedict welcoming you to the PosterParty booth. 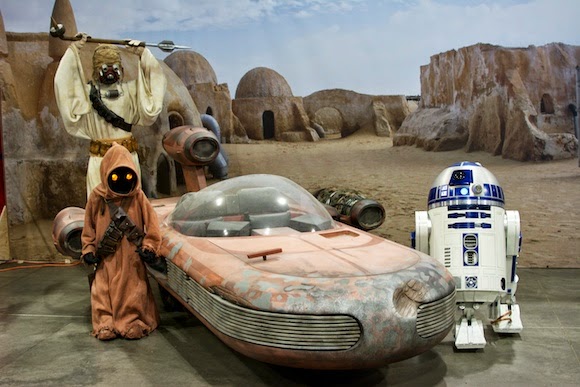 But I was really hoping to find someone dressed as Gandalf. I mean the wondrous Weta people came all the way to Denver and set up a magical Middle-earth display. So you'd think there would have been costumed Orcs and Hobbitses everywhere. 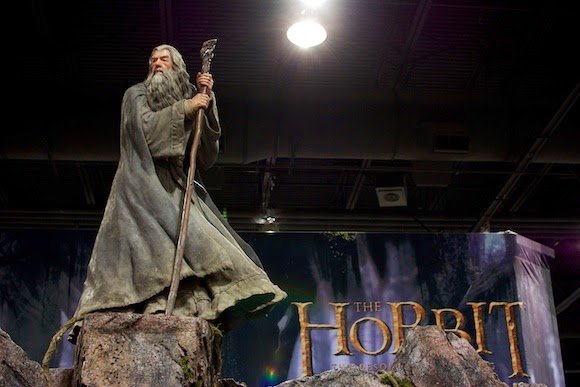 Gandalf atop the Weta display searching for people dressed like him. 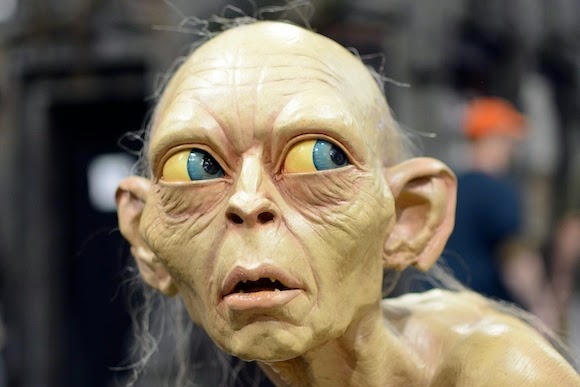 Gollum, who set off a wave of selfies -- it seems everyone wants their picture taken with Gollum.


But I didn't see a single Tolkien costume. Then, just as I was about leave, two magical elves appeared and graciously allowed me to photograph them. (As you probably know elves don't usually like having their picture taken.) And so this year's Denver Comic Con was saved. 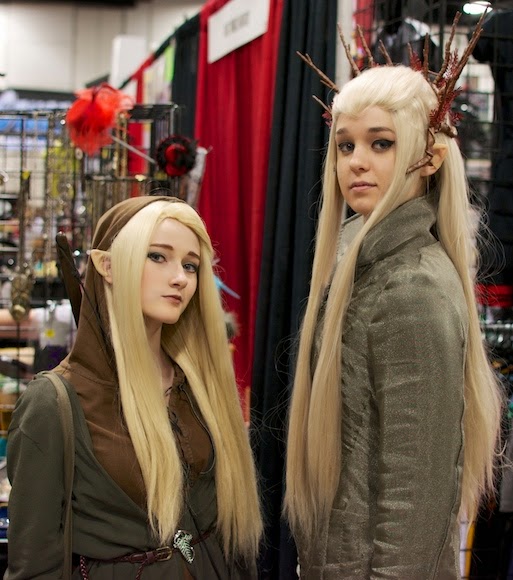 
Yes, there are far too many Batmen (okay, Adam West was in the house) and not enough Hobbits. But Comic Con is still a fun way to spend some time watching people get lost in their favorite fictional characters for a weekend. 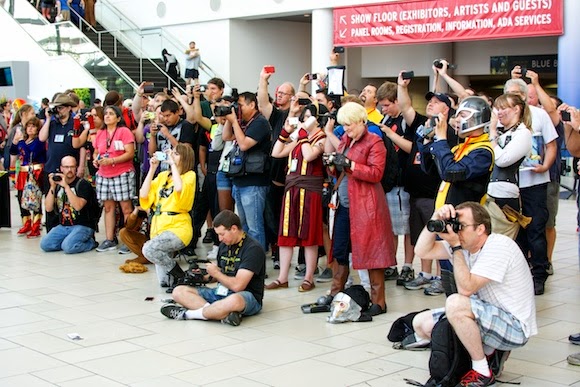 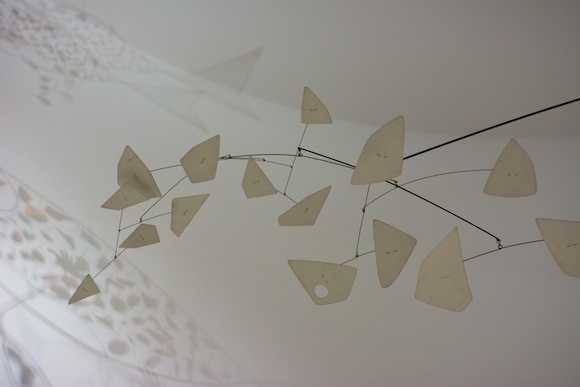 These photos show just a small portion of a much larger mobile that can be viewed at the National Gallery's east building from two floors. It moves seemingly on its own in the building's small air currents. But I was fascinated by the way the pieces of the mobile captured the surrounding light and cast shadows on the walls. 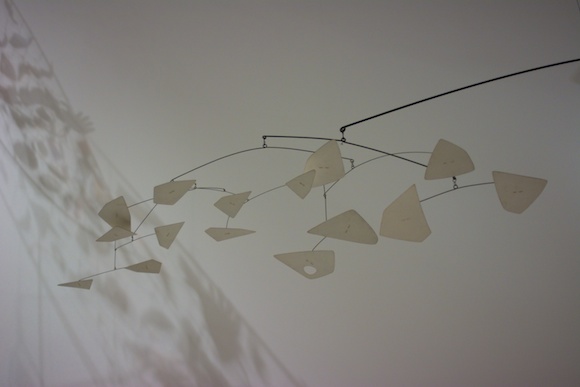 DC Art: Angels in the Architecture 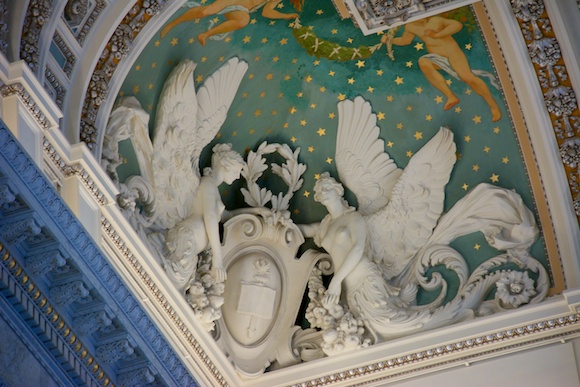 "Figures of Genius" by Philip Martiny from the Ceiling of the Library of Congress, Jefferson Building, Washington, DC
Posted by Joe at 1:10 PM No comments: 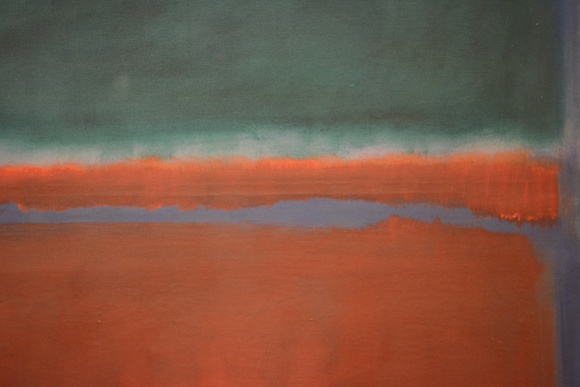 Green and Maroon detail (1953) by Mark Rothko, The Phillips Collection 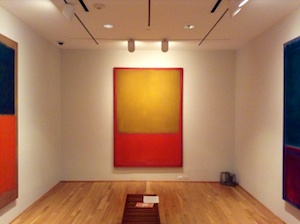 One of my favorite places in Washington, DC is the Rothko Room at the Phillips Collection in the Dupont Circle neighborhood. The room is small and simple, just a single bench surrounded by four Rothko paintings. If you sit in the room facing one of the paintings you might experience a range of feelings that Rothko's art can evoke. The energy in the room is light and airy. The paintings seem to hum with an inner radiance. It's just right for meditation.

The National Gallery of Art has a large collection of Rothko paintings. Three were on display when I visited, including this one... 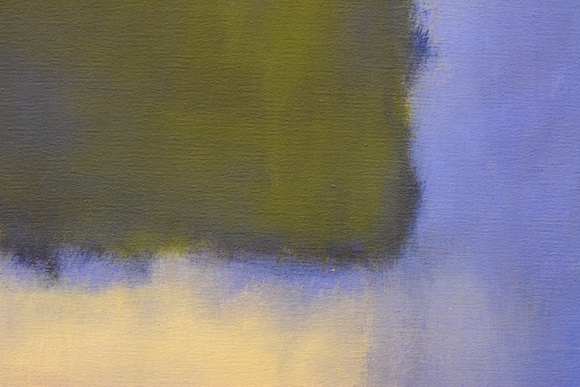 These two photographs are details from No. 14 (White and Greens in Blue) (1957) by Mark Rothko, National Gallery of Art, East Building, Washington, DC 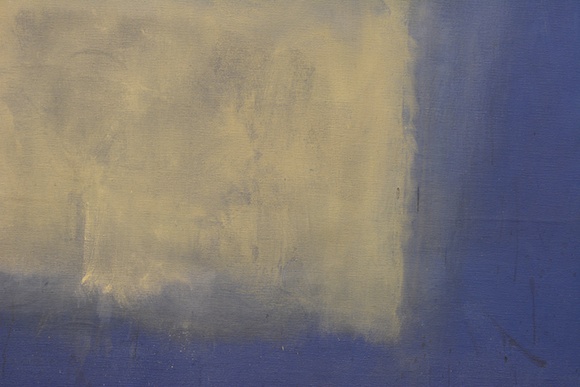 In 2013 the Denver Art Museum had a show of Rothko's paintings from the 1940s, many on loan from the National Gallery's collection. As I walked through the exhibit I could almost see his early abstract shapes slowly moving into place, eventually becoming the later work he is best known for. Aside from the natural glow Rothko's paintings seem to have, I also like his diffuse shapes and the way his colors softly reach into each other. I tried to capture a bit of that with these photographs.

Here's a link to my favorite painting in the Denver Art Museum's show: Mark Rothko - Untitled 1947.

Camera: Nikon D7100 with AF Nikkor 50mm f1.4D lens; the Rothko Room photo was taken with an iPod Touch. Flash was turned off.
Posted by Joe at 12:10 PM No comments:

Tegan and Sara at Twist & Shout

There is nothing cooler than a Tegan and Sara show in an intimate space. 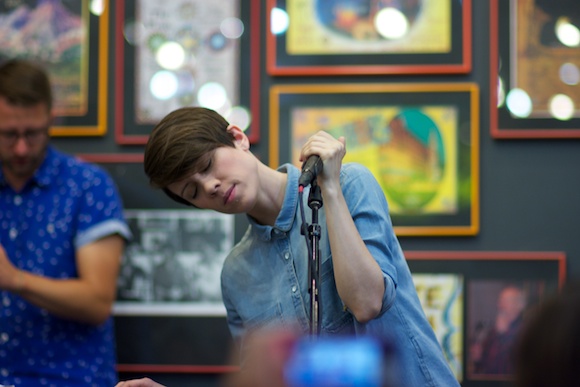 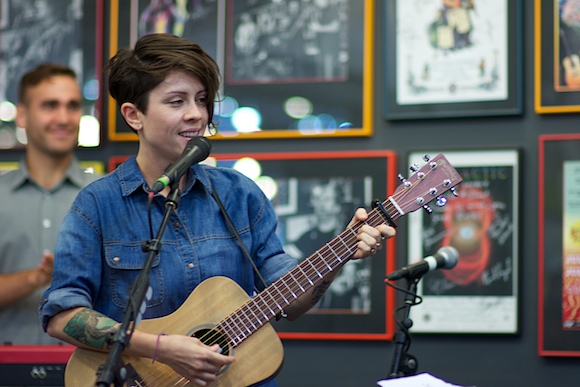 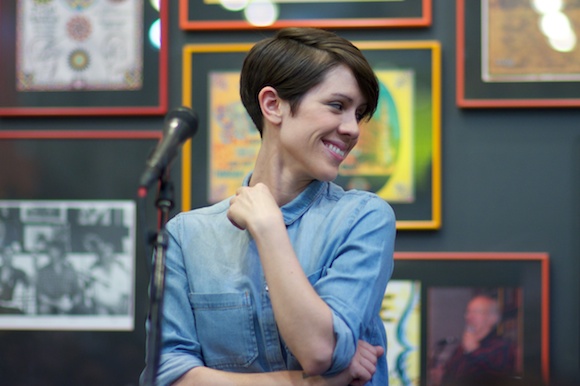 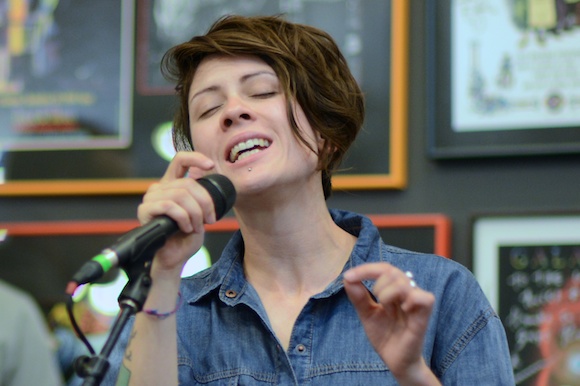 Email ThisBlogThis!Share to TwitterShare to FacebookShare to Pinterest
Labels: Musicians

DC Art: Recreation by Charles Sprague Pearce in the Library of Congress

If you spend some time in the Great Hall of the Jefferson Building of the Library of Congress you might find some hidden surprises tucked away in a lunette like this one. 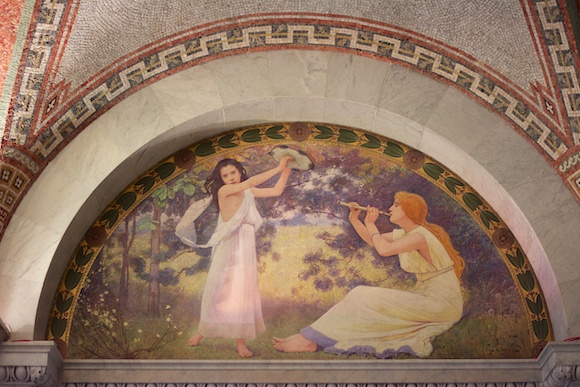 Recreation by Charles Sprague Pearce (1851-1914) in the Thomas Jefferson Building of the Library of Congress, Washington, DC